What’s better than the gift of quality time? Check out our top five favorite movies highlighting motherhood for the whole family to enjoy together! 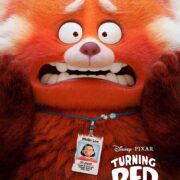 Mother’s Nature – In Disney and Pixar’s all-new original feature film “Turning Red,” confident-but-dorky teenager Mei Lee is torn between staying her mother’s dutiful daughter and the chaos of adolescence. And Mei Lee’s mother has very strong feelings about it all.
Watch the trailer 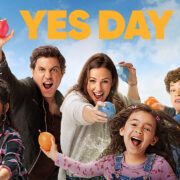 Tired of saying “no” to her family all the time, busy mom Allison (Jennifer Garner) gives her kids a full day of making up the rules. Gather the kids for this laugh-out-loud comedy, but don’t be surprised if they start asking for their own “Yes Day!”
Watch the trailer 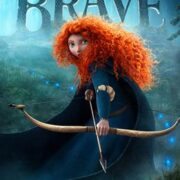 Princess Merida and Queen Elinor get along pretty well—until Merida is ordered to find a husband. After the two get into a tussle, Merida runs away but must return to save her mother who’s been turned into a bear.
Watch the trailer

The story of a team of female African-American mathematicians who served a vital role in NASA during the early years of the U.S. space program. Behind the scenes of an American-Soviet space race during the early 1960s, was the work of NASA mathematicians Dorothy Vaughan, Katherine Johnson, and Mary Jackson that made possible the U.S.’s first manned orbit around Earth. All three women were moms. This beautiful film brought their historic achievements out of the darkness and into the light over 50 years later!
Watch the trailer

Are you a parent with teenagers? You might relate to this movie! When an overworked mother and her daughter who refuse to get along with one another mysteriously switch bodies, each is forced to adapt to the other’s life for one freaky Friday. This movie is hilarious and heartfelt – perfect for a family with teenagers!
Watch the trailer 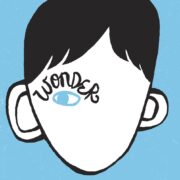 Based on the acclaimed bestseller, Wonderis the inspiring story of August, a fifth-grade boy with facial differences who sets off to attend a mainstream elementary school for the very first time—changing everyone’s lives for the better in the process.
Watch the trailer