THE BEAUTY OF AN IN-TOWN DAY RETREAT

They call it “Grace Day” at the Clay County Corps in Florida.  It is simply a day of worship and fun just for women in a local setting.

The women’s ministries team wanted to “give women a day to dig into the Word and to freely worship without worrying about their schedules,” said Lt. Sheena Marquis, Clay County corps officer.

A simple program, a dedicated time and an in-town experience make a corps retreat possible for women who attend and the team that organizes.  A little serendipity along the way helps as an encouraging sign of God’s hand in it all.

Years ago, Lt. Sheena Marquis had experienced Grace Day as a participant at the Lawrenceville Corps in Georgia, where Capt. Miller had run the event.   Now, as a corps officer, Lt. Marquis recognized that women who work weekends or have intense care demands often cannot get the time away to attend a three-day Divisional retreat, but would still benefit from a special time just for women to devote themselves to worshipping God and enjoying a fun activity.

So, when the Women’s Ministries Planning Meeting was held in August, she suggested Grace Day as their February event.  The corps holds one women’s meeting per month, using the four-fold approach of Home League.  February was scheduled to be a “fellowship” event.  Grace Day provided the opportunity to enhance fellowship with outreach to new women and to engage in worship.  The team loved the idea and set the date.

The Clay County team decided to follow the plan of two worship sessions, lunch and a painting class that had been used by the Lawrenceville Corps.  They extended the program by an hour at the request of the painting teacher, who wanted two hours for that activity.

The leadership team for the event discovered they were also more connected to each other than they had realized. Lt. Marquis, Capt. Miller and Regan Love formed the worship band led by Regan Love; when they met together they realized they all had some previous time together.  Capt. Miller had interacted with Regan Love while she was a student at Asbury University  and had been Lt. Marquis’ corps officer.  Lt. Marquis had spent time with Regan Love while she led the worship at Senior Conservatory at Florida Divisional Camp.  With the unexpected blessing of a feeling of reunion, the three women enjoyed serving together.

The story behind the worship dance team was another tale of reunion and serendipity.

Mercy Steps, the dance ensemble that performed, was led by a dance studio owner, who had previously started the corps’ performing arts school’s dance program.

Following a career-ending injury, Alexa Coy sent a letter to The Salvation Army in Clay County that she was returning home from New York City with the intention of starting a dance studio eventually, but she would need a place to teach dance lessons until she was ready to open it and would be interested in working with the Army.  At the time, The Salvation Army was looking to add a dance component to the corps’ Performing Arts School! Once hired, Alexa Coy opened and set up a solid dance program.  Two years ago, she left to open her own studio, but maintained a good relationship with the corps.  For Grace Day, Alexa Coy and three of her advanced students performed worship dances that added to the specialness of the occasion.

In November, Lt. Marquis had arranged with a local artist to teach the painting class.  However, at the last minute, she was unable to do it.  Fortunately, artist Arlene Rowland, who is a member of the women’s auxiliary board agreed just days beforehand to teach the class and was “wonderful.  She saved the day,” Lt. Marquis said.  “It was as if it was meant to be that way.”

“The women really enjoyed the painting, but if your group is not interested in that or you don’t have a teacher, another activity could be just as fun.”

Capt. Miller spoke at both worship sessions, encouraging women to take power from the story of Peter.  Diving into both his denial of Christ and his restoration, she urged women to know that Christ longs to restore us into relationship with God, no matter what.

“Captain Abby reminded us so beautifully that God’s grace is SUCH a gift.  And that in time He will provide what is necessary for us,” Regan Love said.

“There is some planning, but you do not need to replicate everything. It’s just important to be local and focus on worship and fellowship,” Lt. Marquis advises.

The Clay County team set the date in August; Lt. Marquis requested guests in November and touched base with them in January and February.  Final details like Powerpoint slides, speaking points, etc. were firmed up during the last two weeks before the event.  Invitations for social media and personal distribution were created and “it was nice to see new women at the event.”  Two women, whose grandmothers had belonged to The Salvation Army, saw the invitation (separately), decided to come and shared how blessed they were to be there.

Grace Day gave local women an extended time together to connect with God and each other. An extra benefit is that the all women gathering provides a release from the normal responsibilities many women have on Sundays – whether it’s taking care of their own children or keeping up with their usual ministry tasks, Lt. Marquis noted.

“I was honored to be able to worship with such sweet and kind women,” Regan Love said.  “Lt. Sheena is such a thoughtful woman to have put this together for the ladies of Clay County and I am grateful I had the opportunity to be a part.”

The day encouraged Lt. Marquis: “I loved it and the women told us they loved it.” 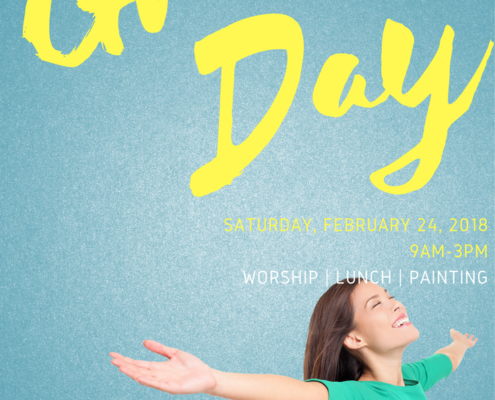 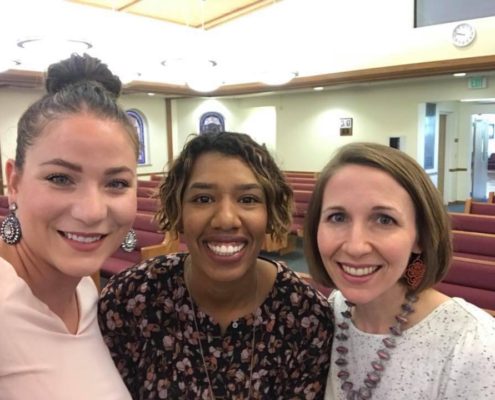 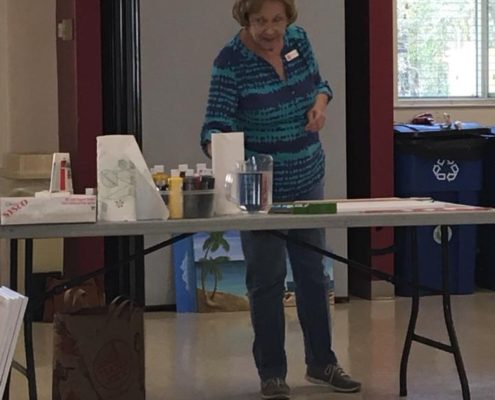 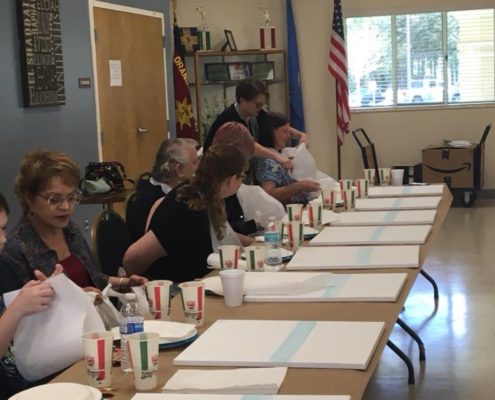 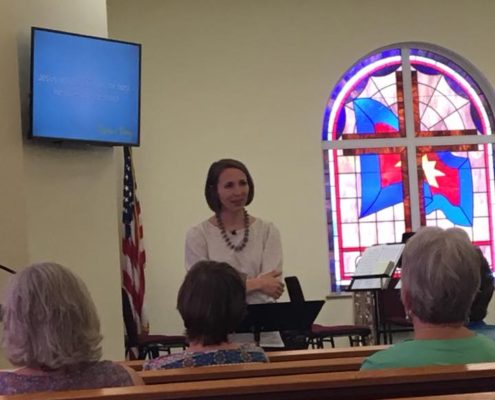