Part-retreat, part-reunion, part-recharge, part-project, DIY Camp is an annual divisional event for women in Georgia that is known for its low-key and relaxed atmosphere.   Taking risks and going deep spiritually were some of the practices that stood out for delegates and leaders this year.

Taking a risk was lead teacher Major Teresa Newsome, Associate Territorial Evangelical and Adult Ministries Secretary.  She challenged herself by preaching and Bible journaling simultaneously, while a camera-projector setup allowed the women to see her work as she spoke.

“Major Teresa did an amazing job on the vespers,” said delegate Erin McGourn.  “It was brave of her to do Bible journaling and talking at the same time, it was her first time doing that. What she was journaling really fit what she was talking about and it all really made you pay attention.”

Event organizer, Assistant Divisional Secretary of Women’s Ministries, Major Missy Romack said of the devotionals and Sunday message, “it was the right message for the women and it was just incredible. [Major Newsome] had a great message and you could see it working; her prayers were so uplifting.”

“This year was a lot more relaxed,” Erin McGourn reflected.  “Having the devotional after the meals in the dining room was better than having them in the work space. I think we paid better attention because we didn’t have the distraction of our projects.”

“I like to go more for the fellowship than anything. When your hands are moving, the conversation flows naturally. You can also go around to visit and not feel like you’re interrupting and talk to different people,” Major Susan Ellis said.  “I crocheted some baby hats, but people were working on lots of projects – bookshelves, sewing, painting. The majority were scrapbooking.”

“There are some good conversations as people are working side by side or just walking by. I just love the creative environment and fellowship,” said Erin McGourn, who completed two poodle skirts and two aprons over the weekend. “I really enjoy being away and having that condensed time to knock out projects.  Usually, there are a lot of the same people and it’s nice to see them again.”

Major Ellis praised the free schedule that is possible due to the size, age and characteristics of delegates. “The schedule starts with a 9 a.m. breakfast, so it’s very relaxed. For women, it’s more like a retreat because even though there’s a schedule, you don’t have to follow it. Everyone doesn’t have to do everything. It’s very casual.”

In addition to shared meals, vespers and free work time in the chapel, there were four opportunities to take a skills class over the weekend, but no attendance requirement.

“There was a huge range of classes.  I took Lieutenant Kristina Mockabee’s lace ceramic class, which was interesting and different,” said Major Ellis.

Erin McGourn was excited that her chalkboard serving tray turned out just like it was supposed to and credited Lieutenant Niurka Pena with setting up everything to help the delegates all get the desired result.

Major Marion Durham taught two different Bible journaling classes and started each with a Bible study on the passage they would journal.  “It was such a great connection and I really appreciated it. She was really showing how you could use the journaling as part of your study,” shared Major Romack.

Major Romack’s goal with the classes was to have a “good variety” that produced “things that the women would take home and use”.  There were pleasant surprises, as oil and acrylic painting class students came out with a nice piece of work (even those who had never painted before) and a neck pillow-making class turned into a sleeper hit, with large attendance.

The “classes were excellent and we had great teachers, who were so patient and kind. They were so good at relationship-building,” Major Romack noted.

“Sunday was the best [part of the weekend], I thought,” reflected Major Romack after the event.

Throughout the weekend, the experience and devotions aimed to amplify the theme verse:

“He has filled him with the Spirit of God, with skill, ability and knowledge in all kinds of crafts – to make artistic designs.” (Exodus 33:31-32a, NIV)

During the concluding worship service, several women had been given things to do that were outside their comfort zone.  “God led me to put who was put to do what. There was an anointing on the service. It was a special Sunday.”

In addition to Major Newsome’s preaching/journaling, Lt. Bethany Yocum performed a sacred dance (a first for her) and Erika McClain of the Atlanta Kroc Corps performed an acapella solo.  “It was so quiet, the kind of quiet when you know the Holy Spirit is at work,” noted Major Romack.

Final Reflections from the Organizer

This DIY Camp was Major Romack’s first time planning a divisional women’s event.  While she is not a “crafter”, she began to envision the DIY camp as an opportunity to glorify God the whole weekend, whether it was through crafts, worship or coming together.

Verses from Zechariah gave Major Romack a vision of a weekend in which the way people interacted would let delegates “see God with the team and that they would say I want to take a firm hold of the robe of the Lord”.

“And many peoples and powerful nations will come to Jerusalem to seek the Lord Almighty and to entreat him. This is what the Lord Almighty says: “In those days ten people from all languages and nations will take firm hold of one Jew by the hem of his robe and say, ‘Let us go with you, because we have heard that God is with you.’” (Zechariah 8:22-23)

In the end, Major Romack felt the weekend fulfilled her vision. She was appreciative of the “respectful, considerate and nice way everyone acted. It was a fun, laid-back and special time. I think women were being uplifted that weekend.

“I’m not a crafts person. This was the first time I finished an adult craft ever. But it is worth it to share the gospel.

“In the survey, women told us that they really appreciated the devotionals and that when they go home they will study more, Bible journal, teach a craft they learned at their corps and promote the weekend.” 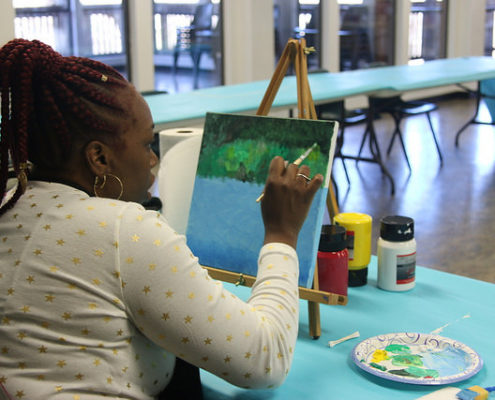 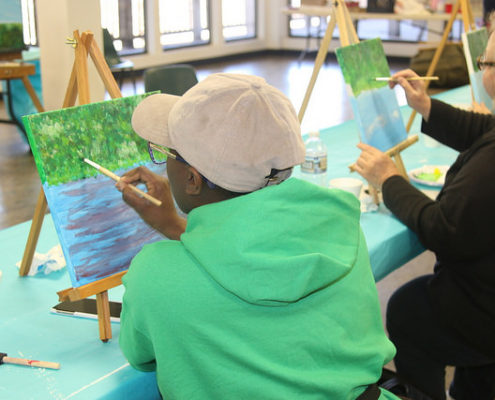 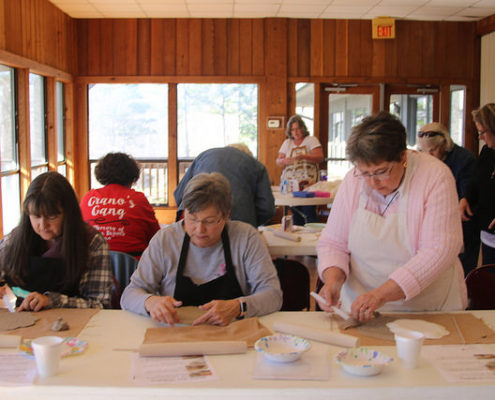 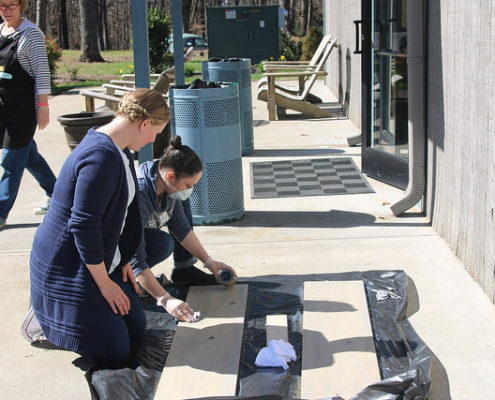 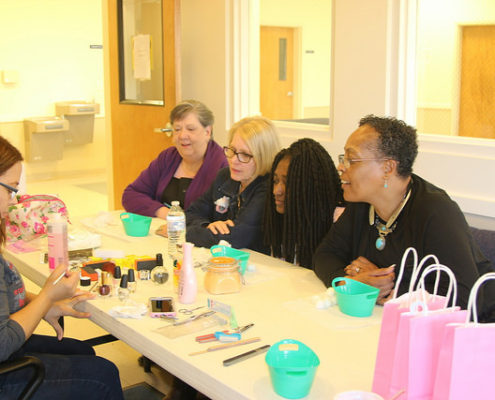 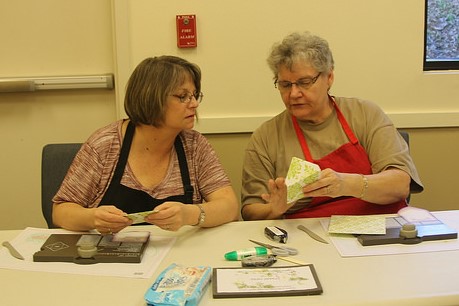 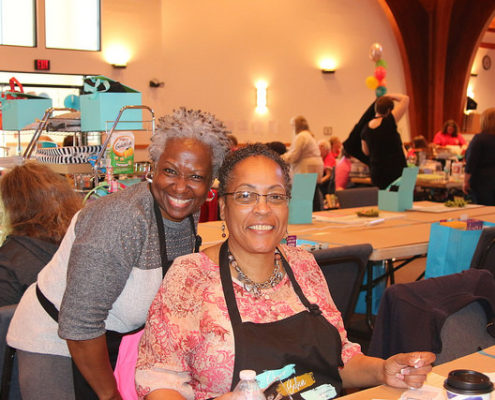 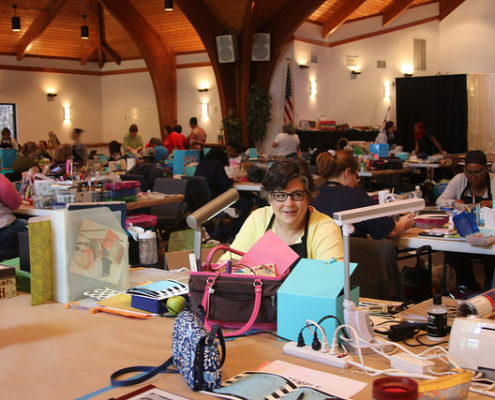 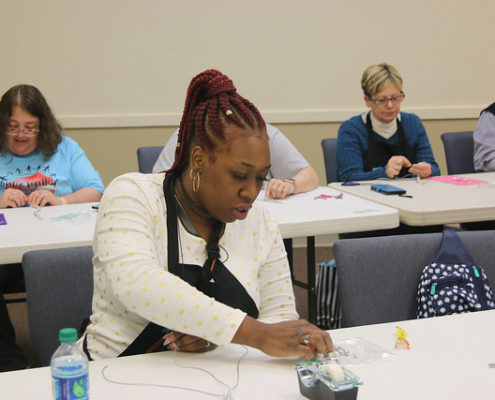 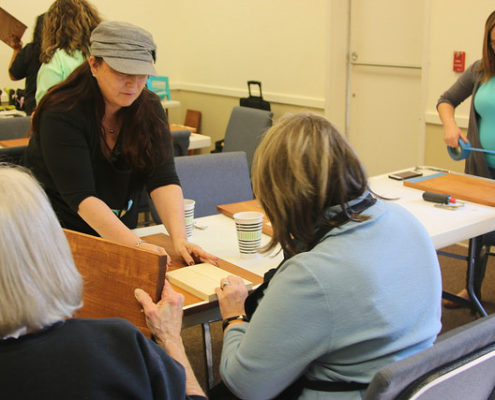 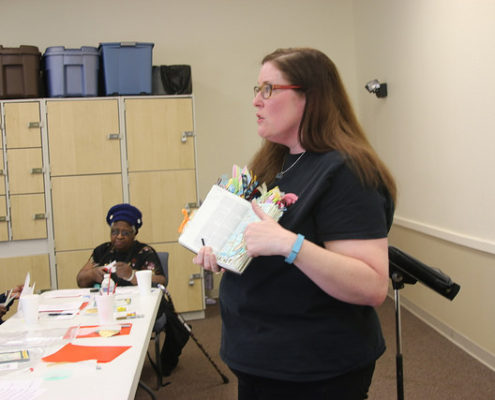 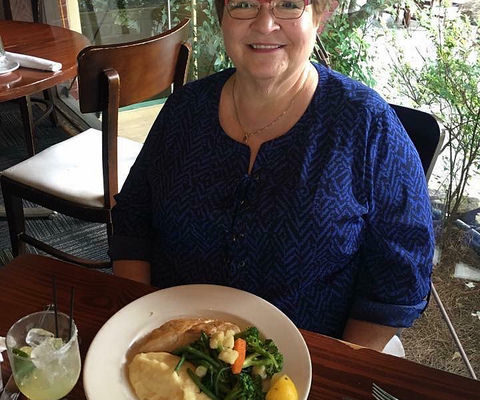 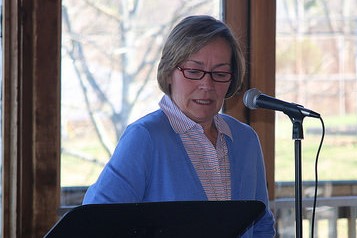 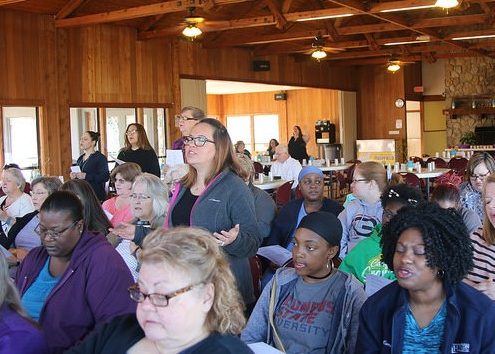 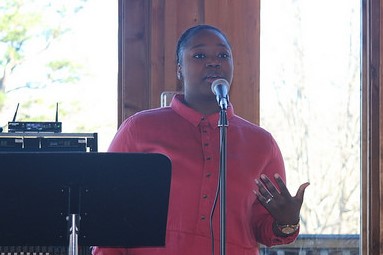 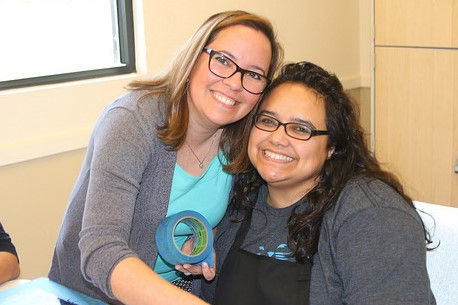 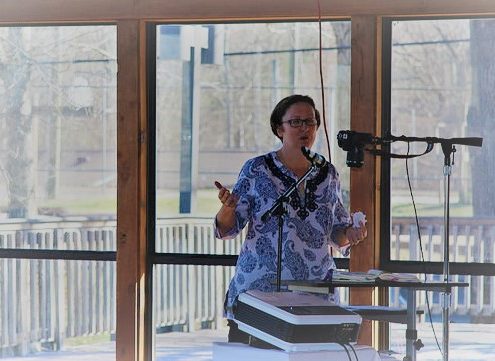 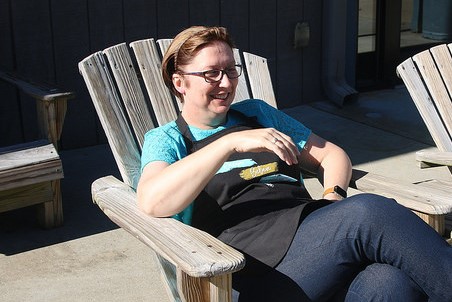 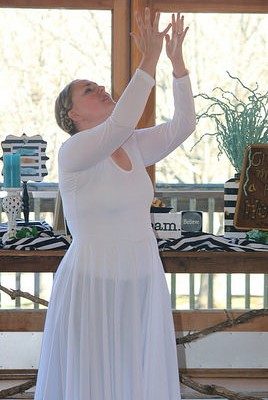 Fundraising for We Will
Scroll to top