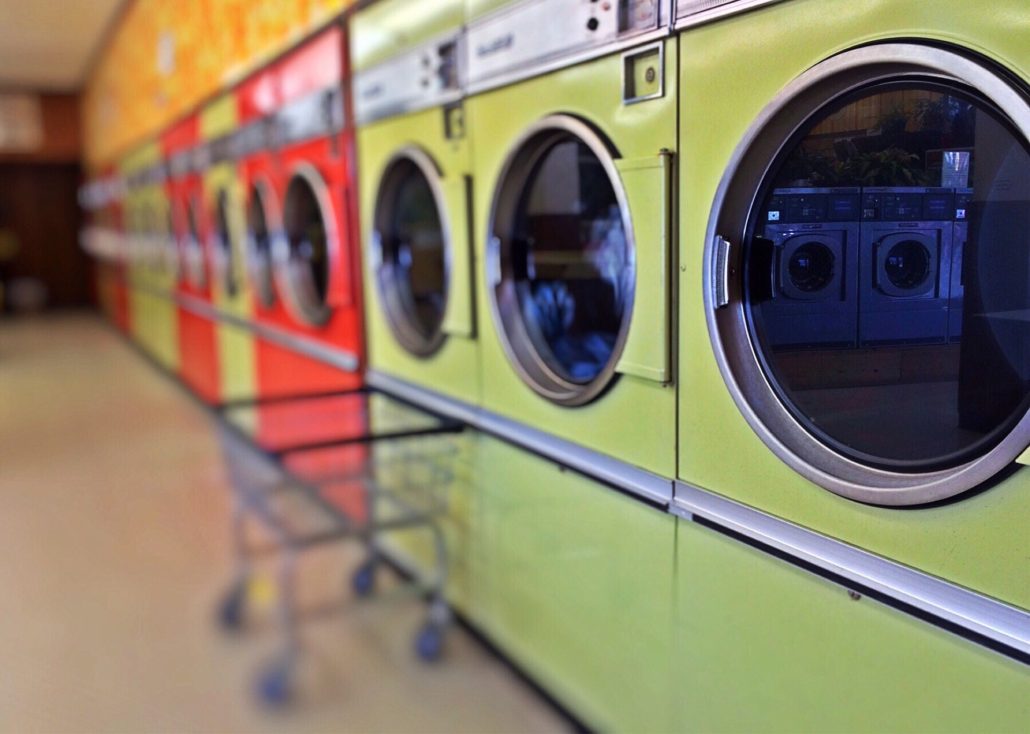 LOVE AT THE LAUNDROMAT 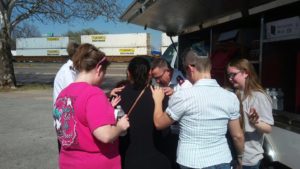 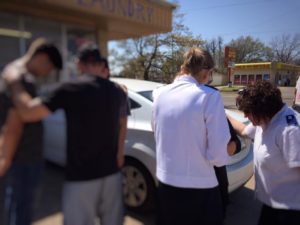 Several years ago during “I’ll Fight” Day, accepted candidate Amanda Cain was part of a Christmas outreach at a local laundromat.  The occasion stayed lodged in her heart and this year, her area commander Major Carlyle Gargis received a donor donation that spurred them on to a day to love on folks doing their laundry around Oklahoma City.  Over 96 households received laundry soap, dryer sheets, Bibles, a copy of the War Cry, a light canteen-style lunch and took part in conversations and prayer.

The first venture out confirmed the previous week’s investigation that Saturday is the busiest day for laundromats.  The morning and afternoon volunteer teams visited five locations, which varied in number of customers. The afternoon was much busier (2-6 p.m.) than the morning visits (10 a.m.- 1 p.m.)  Since most customers are able to do all their laundry in about an hour and a half, visiting during peak times is essential, Cain noted.

The visits were aimed mainly to encourage people doing their laundry at the laundromat. Customers were quite surprised by the attention. Cain states, “Many people asked, ‘Why are you doing this?’   We just told them because Jesus loves us all, we just want to show some love.  People were amazed and overall, accepting of it.  Many people told us that we made their day and it was very encouraging.”  About 200 people had lunch (hot dogs, chips, soda or water) and represented 96 households.

Roxie Cain, a soldier at the corps, was able to provide a Spanish Bible and have a conversation with a Spanish-speaking mother, whose son translated.   The woman began to cry, and her son related that she was crying because she was so happy to have a Bible in her own language – something she had never had before. In the past, she had her children read the Bible to her (translating from English).

A married couple of soldiers met a woman who was trying to avoid eye contact, but eventually connected in conversation. She related her fears that she would not be able to stay sober – she was 40 days clean, and was trying to stay away from people.   The husband had just graduated from the Adult Rehabilitation Center himself, and was able to tell his story of overcoming a meth addiction. Their conversation and prayer time emphasized that she was not alone; they also invited her to the corps.

“The focus of our outreach was just to be generous and share love,” Cain said.  “Every corps has a way to reach out, we just have to find it.”

MOBILIZE GO RESOURCES
Getting Ahead

We Will Gathering
Scroll to top